A 48 unit apartment complex nestle on a major east west artery in an upper middle class neighbourhood on the city’s very desirable east side. Two, three storey fully bricked buildings sprawled out on 2.46 acres of land with plenty of parking. The buildings feature modern concrete construction and large bright units with balconies. 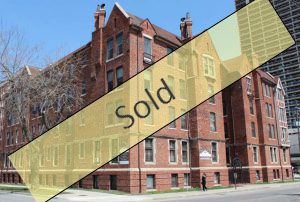 Centrally located on the west side, Sonnet Apartments are close to all amenities and transit and services.  Spacious, comfortable and family friendly, these large two and three bedroom suites are now available for rent. Fully renovated units that feature new kitchens, three new shiny black appliances (dishwasher, fridge and stove) and a pleasing mixture of 2 and 3 bedroom suites – some with city views!

The Hyde Park Apartments is a 34 unit brick on wood frame building located in the Sandwich and Sutherland district, close to the University of Windsor. In order to capitalize on the evolving area, the building has been updated with new roofs, modern windows and mechanicals as well as a thoughtful turnover program which broadened the appeal and driving rents.

The Maple Apartments is a fine example of Windsor’s historical Prohibition Era construction, with its fine brick facade, sandstone lintels, and cast columns. The Maple Apartment, acquired along with the adjacent duplex in 2012, strikes an impressive profile on Ouellette Street. Both properties were in need of better management and long deferred attention to maintenance and re-capitalization.

The Bennett Apartments is 17 units in 3 building in the historic Walkerville district of Windsor Ontario. Developed as tenement housing for workers at the the Hiram Walker distillery, the neighbourhood has a colourful history dating back to the prohibition era.